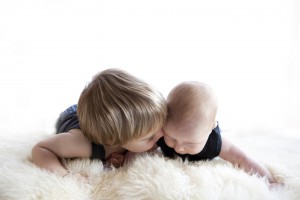 How do people get CGD?
It is a genetic condition so is passed from our parents. It can also occur due to a random mutation in your DNA.

What problems does CGD cause?
People with CGD can’t fight bacterial or fungal infections effectively.
They have a faulty bone marrow gene, which means that some of their white blood cells, called neutrophils, don’t work properly.
In a healthy person, neutrophils kill fungi and bacteria. When they encounter them in the blood, they engulf (or ‘eat’) and attack them with chemicals such as hydrogen peroxide and superoxide – similar to bleach.
People with CGD can’t produce these attacking chemicals, because genetic mutations mean they are missing a vital protein in an enzyme called NADPH oxidase. This makes them more susceptible to fungal and bacterial infections. Sometimes, these are serious or even life-threatening.
Infections can include abscesses, enlarged lymph glands, unusual pneumonias or bone infections. People with CGD may also get chronic inflammation, including swollen gums or bowel inflammation.

How is CGD treated?
People with CGD need to take medication all the time to stop infections.
Even then, they can develop serious problems, which lead to life-threatening illnesses and long spells in hospital.
As well as medication, doctors have been having increasing success treating CGD with bone marrow transplants. Marrow has come from both relatives and, more recently, unrelated donors.
However, there is no one treatment or cure for all people with CGD. And a bone marrow transplant isn’t possible for everyone.

Are there any new treatments on the horizon?
Exciting gene replacement therapy trials are underway at the moment, and there’s hope this may find a cure. However, more work is needed before it can become a regular treatment option.
Research into CGD doesn’t just help people with this rare genetic condition. Every breakthrough scientists make could potentially help millions as any advances could shed light on how other genetic disorders work.